Hosted at the legendary TakeOut Comedy, Hong Kong’s longest-running and Asia’s only dedicated comedy club. Join us on the last Saturday of the month for a regular comedy spectacle.

At JOKERZ, you can always expect the biggest and best comedy line-ups, energetic shows and extended headline sets!

We're starting Jokerz as we mean to go on with a truly stellar lineup of HK comics. This month, your host, Jami Gong, is joined by Oli Dub, Garron Chiu, Muk Venkataraman, and Kari Gunnarsson, as well as an extended headline set from the hilarious Pete Grella! 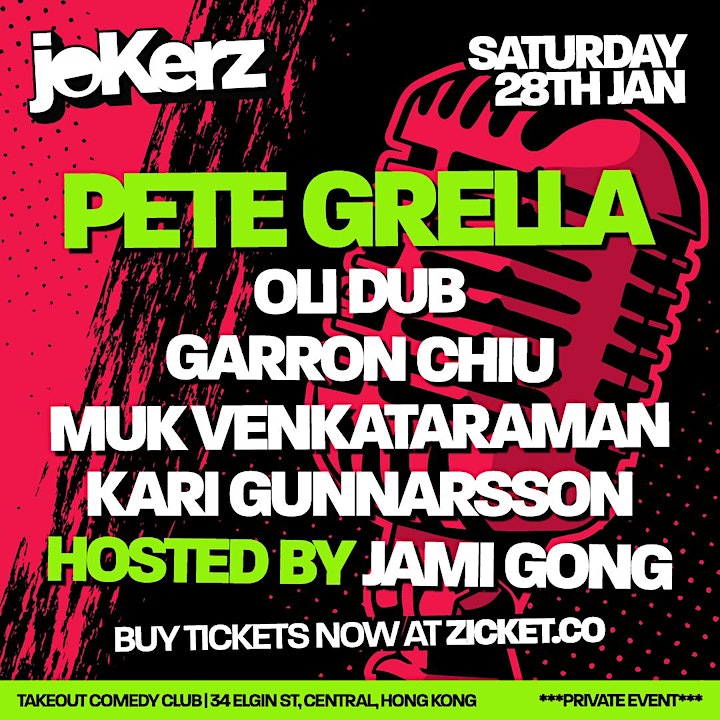 Thank you for signing up!

Stay up to date